Nature In The Park The park is a borough grade 1 nature conservation area, mainly for its woodlands, and offers woodland walks. Extensive tree and shrub planting gives the park its tranquillity and provides habitats for wildlife. In 2010 the Caledonian Park Friends Group planted a small community orchard to add to the biodiversity.

The Friends are responsible for the watering, pruning and general maintenance of the trees. In autumn 2013, the group developed an area of the park as a nature garden, introducing plants and other features attractive to bees, butterflies and birds, a hibernaculum and loggery.

We are hoping to have an updated survey of the trees in the park next year.

Do email or tweet us any pictures of bugs, birds, or wild animals you spot. 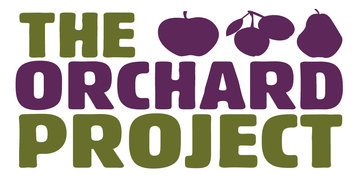 In February 2010 the Caledonian Park Friends Group planted a small community orchard, with the support of The London Orchard Project, Islington Greenspace, and Edible Islington. The Friends are responsible for the watering, pruning and general maintenance of the trees.

There are six varieties of apple trees in the Orchard:

There are two plum trees, both dessert and cooking plums:

There are two pear trees: